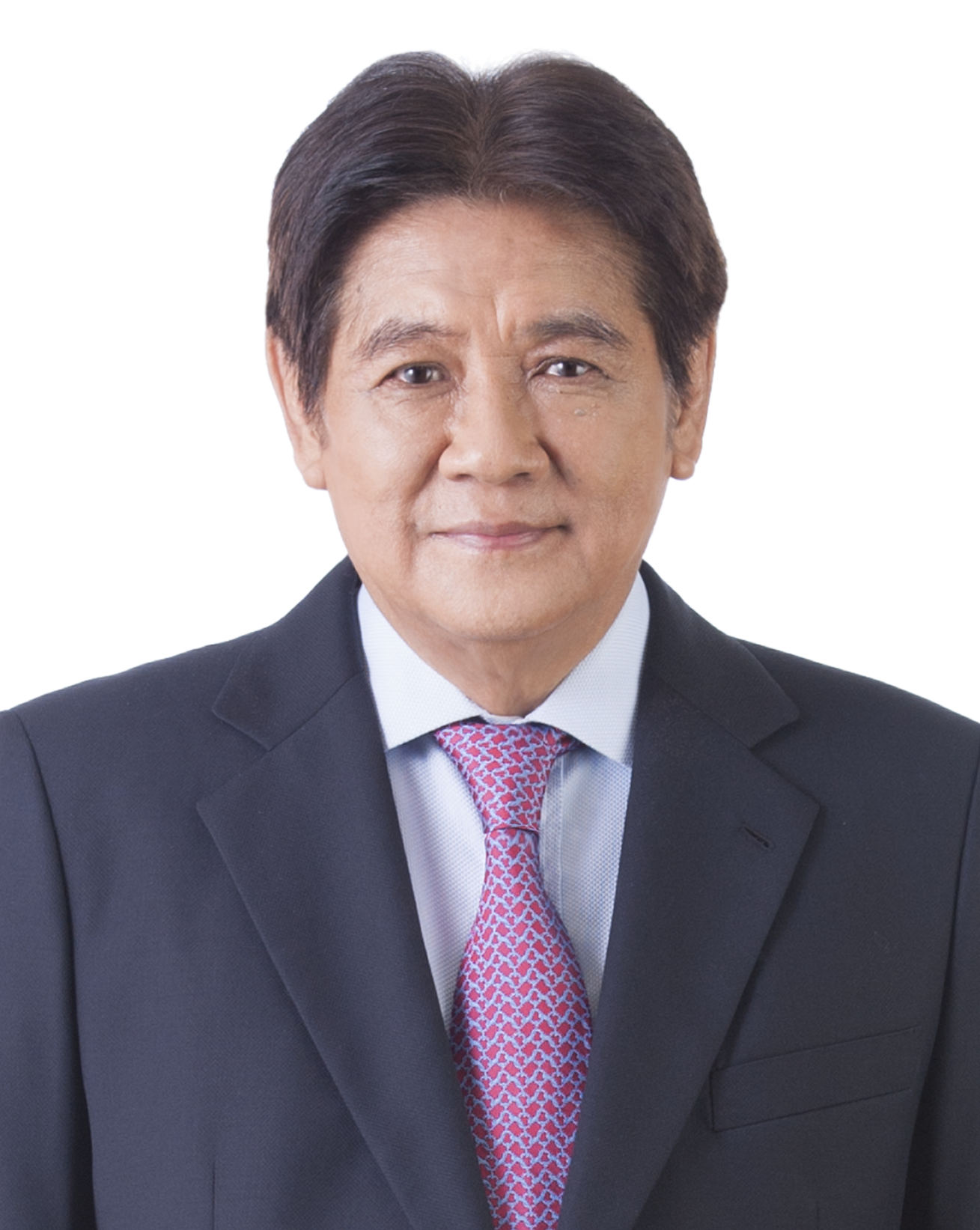 Mr. Salim has served as a Director of First Pacific since 1981 and assumed the role of Chairman in June 2003. 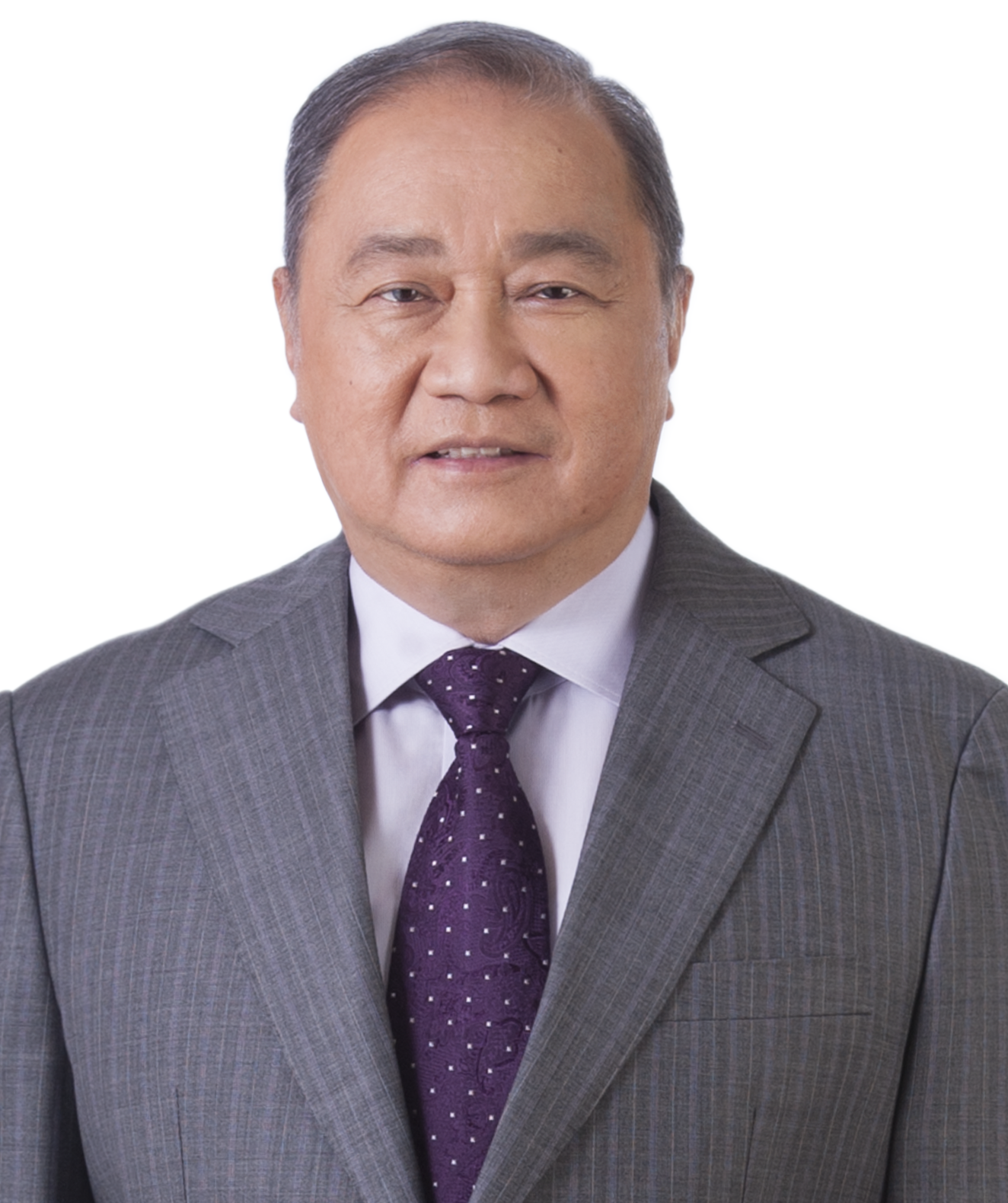 In sports, Mr. Pangilinan is Chairman of the MVP Sports Foundation, Inc., Chairman Emeritus of the Samahang Basketbol ng Pilipinas and Chairman of the Amateur Boxing Association of the Philippines (ABAP). Age 63, Mr. Young graduated from Waid Academy in Scotland and received a Master of Arts (Honors) degree in Economics from St. Andrews University.

He is currently a Director of Metro Pacific Investments Corporation, PacificLight Power Pte. Ltd., Roxas Holdings, Inc. and FPM Power Holdings Limited, and a member of the Advisory Board of PLDT Inc. He also serves as Commissioner of PT Indofood Sukses Makmur Tbk and a Trustee of IdeaSpace Foundation, Inc. 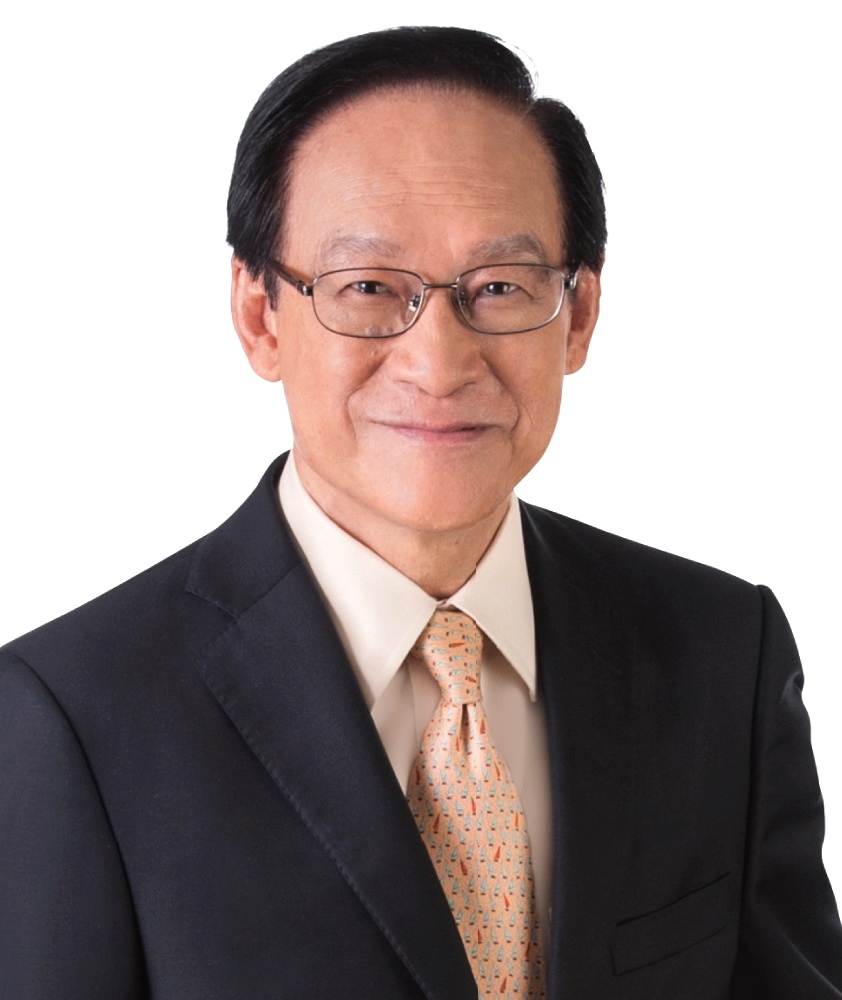 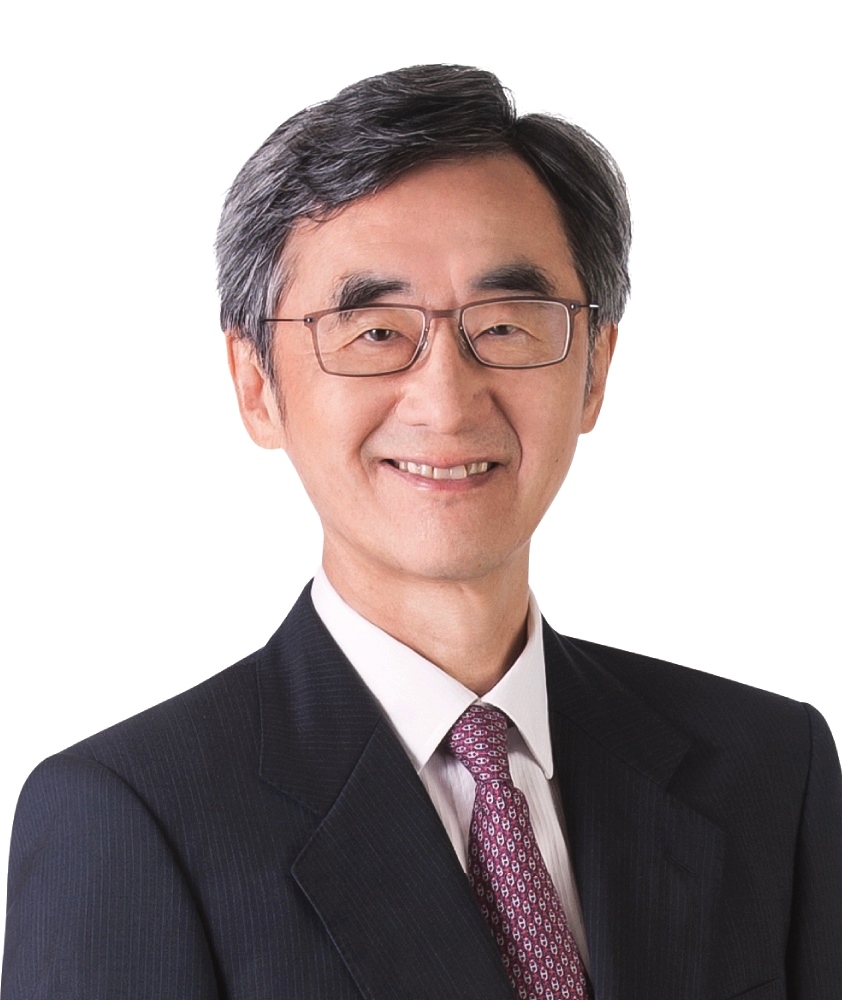 Mr. Fan had been an Executive Director of CITIC Pacific Limited in charge of industrial projects in China. Prior to his retirement as the Executive Director and General Manager of China Everbright International Limited, he made significant contribution to the company’s leadership position in the Chinese Waste-to-energy industry. Ms. Lee has spent 35 years in investment management. She worked with the Government of Singapore Investment Corporation, Chase Manhattan, Morgan Grenfell and as Managing Director at Commerzbank Asset Management Asia. In 2002, she was made a Fellow of the Eisenhower Exchange Fellowship. From 2005 to 2007, Ms. Lee was the Deputy Chief Investment Officer of the Investment Office of the National University of Singapore. In 2008, she founded Athenaeum Limited, a boutique investment manager of Asian Pacific funds. The funds business was sold to Azimut Group in 2016. Since 2018, Ms. Lee has started an advisory and consultancy partnership to cater to Asian Family Offices.

Ms. Lee has served on the board of directors of Mapletree Investments Pte Ltd, Aetos Security Pte Ltd and ECICS Holdings of the Temasek Holdings stable of companies. She was on Monetary Authority of Singapore’s Financial Sector Review Committee on the Liberalisation of the Stockbroking Industry and the Business Development Review Group for the Merged Exchange.

Ms. Lee currently serves on the Board of The Arts House Ltd, and Singapore Institute of Management. She joined First Pacific’s Board in September 2015. Age 68, Mrs. Leung holds a Bachelor’s Degree in Economics, Accounting and Business Administration from the University of Hong Kong. She was the Vice-Chairman and CEO of Hang Seng Bank Limited and Chairman of Hang Seng Bank (China) Limited prior to her retirement on 30 June 2012. Mrs. Leung also held various pivotal positions in HSBC Holdings Plc and The Hongkong and Shanghai Banking Corporation Limited from February 1978 until 30 June 2012. She was the Deputy Chairman and Managing Director of Chong Hing Bank Limited from February 2014 to May 2018. She was also an Independent Non-executive Director of the Hong Kong listed Swire Pacific Limited, Hutchison Whampoa Limited, China Construction Bank Limited, Hong Kong Exchanges and Clearing Limited, and Li & Fung Limited. Mrs. Leung was the Chairman of the Board of Governors of Hang Seng Management College and Hang Seng School of Commerce until March 2013, and a Member of the Advisory Board and Chairman of the Investment Committee of the Hong Kong Export Credit Insurance Corporation until December 2010.

Mrs. Leung is a council member and Treasurer of the University of Hong Kong, the Vice-Chairman of the Advisory Committee on Arts Development, a member of the Public Service Commission, the Advisory Committee on Post-office Employment for Former Chief Executives and Politically Appointed Officials and the Law Reform Commission. She is an Independent Non-executive Director of Sun Hung Kai Properties Limited and Agricultural Bank of China Limited. Mrs. Leung joined First Pacific’s Board in December 2012. Aged 64, Mr. Pickerell holds a BA degree in Political Science and an MA degree in East Asian Studies from Stanford University and an MBA degree from Harvard Business School.

Age 41, Mr. Salim obtained a Bachelor of Science degree in Business Administration from the University of Colorado, USA.

Mr. Salim has had wide exposure across various industries and extensive experience in managing companies in the fast-moving consumer goods sector. He has served in various senior positions since joining Indofood Group in 2004. Mr. Salim heads the Dairy Division of PT Indofood Sukses Makmur Tbk (“Indofood”) and is concurrently a Director of Indofood and PT Indofood CBP Sukses Makmur Tbk, a Non-Executive Director of Indofood Agri Resources Ltd. and Gallant Venture Ltd., as well as a Commissioner of PT Perusahaan Perkebunan London Sumatra Indonesia Tbk and PT Salim Ivomas Pratama Tbk. He also serves as a Co-Chair of the United Nations Scaling Up Nutrition (SUN) Movement, and has been a Coordinator of the SUN Business Network Indonesia since 2014, as well as an Advisory Board Member of the Nanyang Business School since 2020.

Mr. Salim is the son of Mr. Anthoni Salim. He joined First Pacific’s Board in March 2020. Age 64, Mr. Espinosa has a Master of Laws degree from the University of Michigan Law School and is a member of the Integrated Bar of the Philippines. He was a partner of SyCip Salazar Hernandez & Gatmaitan from 1982 to 2000, a foreign associate at Covington and Burling (Washington, D.C., USA) from 1987 to 1988, and a law lecturer at the Ateneo de Manila School of Law from 1983 to 1985 and 1989.

Mr. Espinosa also acts as Senior Advisor to the President and Chief Executive Officer of PLDT. He is also a trustee of the Beneficial Trust Fund of PLDT. Mr. Espinosa joined First Pacific in 2013. He is First Pacific Group’s Head of Government and Regulatory Affairs and Head of Communications Bureau for the Philippines. Age 58, Mr. Ng received an MBA and a Professional Diploma in Accountancy from Hong Kong Polytechnic University. He is a member of the Hong Kong Institute of Certified Public Accountants, the Association of Chartered Certified Accountants and the Institute of Chartered Accountants in England and Wales. Mr. Ng is a Commissioner of PT Indofood Sukses Makmur Tbk, a Non-executive Director of Philex Mining Corporation and PXP Energy Corporation, and a Director of PacificLight Power Pte. Ltd., which are First Pacific Group subsidiary and associates.

He joined First Pacific in 1988 from PriceWaterhouse’s audit and business advisory department in Hong Kong. Mr. Ng was appointed as Associate Director in April 2019. Prior to that he was Executive Vice President of Group Finance and served in several senior finance positions within the Group, including as the Head of Finance of the Group’s regional telecom division and a director of a number of the Group’s telecom joint ventures in India, Indonesia and China. 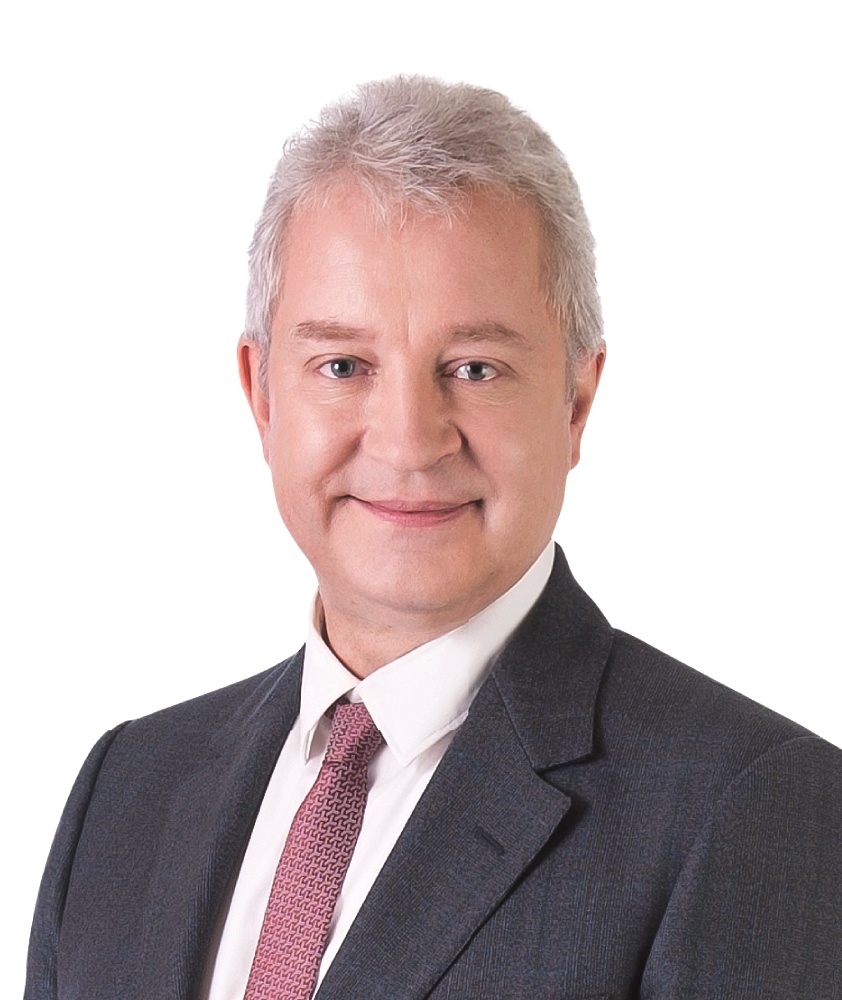 Age 55, Mr. Ryan received a Bachelor of Arts degree from the University of Connecticut and completed a Master of Philosophy course on Slavonic and East European Studies at St. Antony’s College, Oxford University. He spent several years as a financial journalist, opening and leading Bloomberg’s Moscow bureau for five years in the early 1990s and later joining Dow Jones as Bureau Chief over the period 1998–2004 in Moscow and Hong Kong. Mr. Ryan subsequently served as Head of Corporate Communications, Asia Pacific for HSBC’s wholesale bank. He joined First Pacific in 2010. Prior to his appointment as Associate Director in April 2019, Mr. Ryan was Executive Vice President of Group Corporate Communications. He is currently Group Chief Investor Relations and Sustainability Officer, and a Commissioner of PT Indofood Sukses Makmur Tbk. 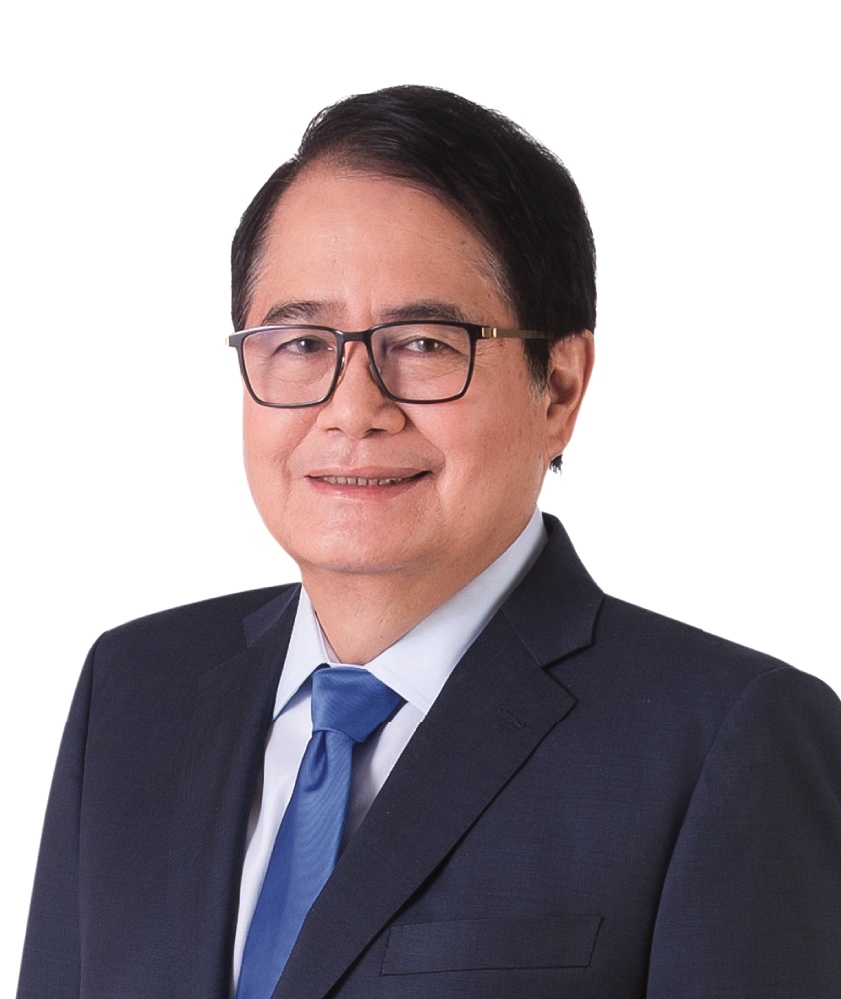 Prior to his appointment as Associate Director of First Pacific, Mr. Vargas was the President and Chief Executive Officer at Maynilad Water Services, Inc. He joined PLDT Inc. (“PLDT”) in 2000 as its Human Resources Group Head and through his stay at PLDT got involved in managing the PLDT Business Transformation Office, Asset Protection and Management Group, and the PLDT International Carrier Business. He has worked in senior roles at Union Carbide, Pepsico, Colgate Palmolive and Citigroup. 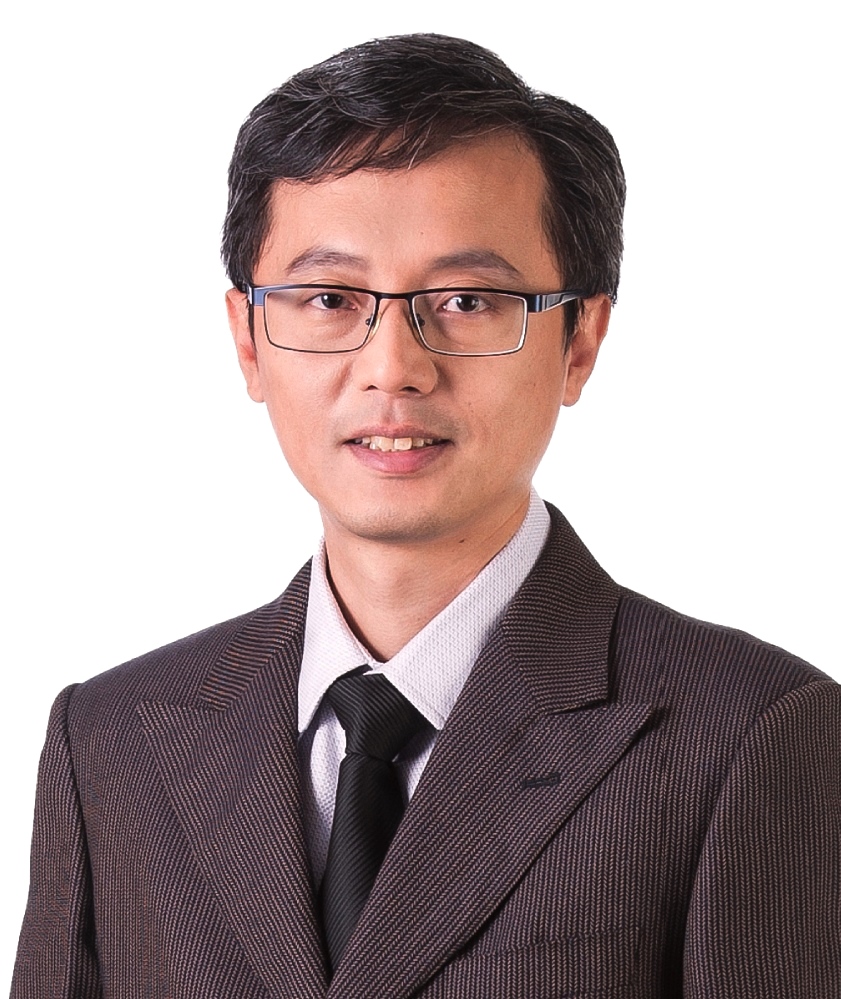 Age 51, Mr. Chan received a BBA (Hons) degree from Hong Kong Baptist University and an MBA from the Chinese University of Hong Kong. He is a Certified Public Accountant (Practising), a CFA charterholder and a Fellow of the Hong Kong Institute of Certified Public Accountants and the Association of Chartered Certified Accountants. He has experience in auditing, accounting, finance and management spanning a diverse range of business activities. He serves as a Non-executive Director of Philex Mining Corporation since January 2019, which is First Pacific Group associate. 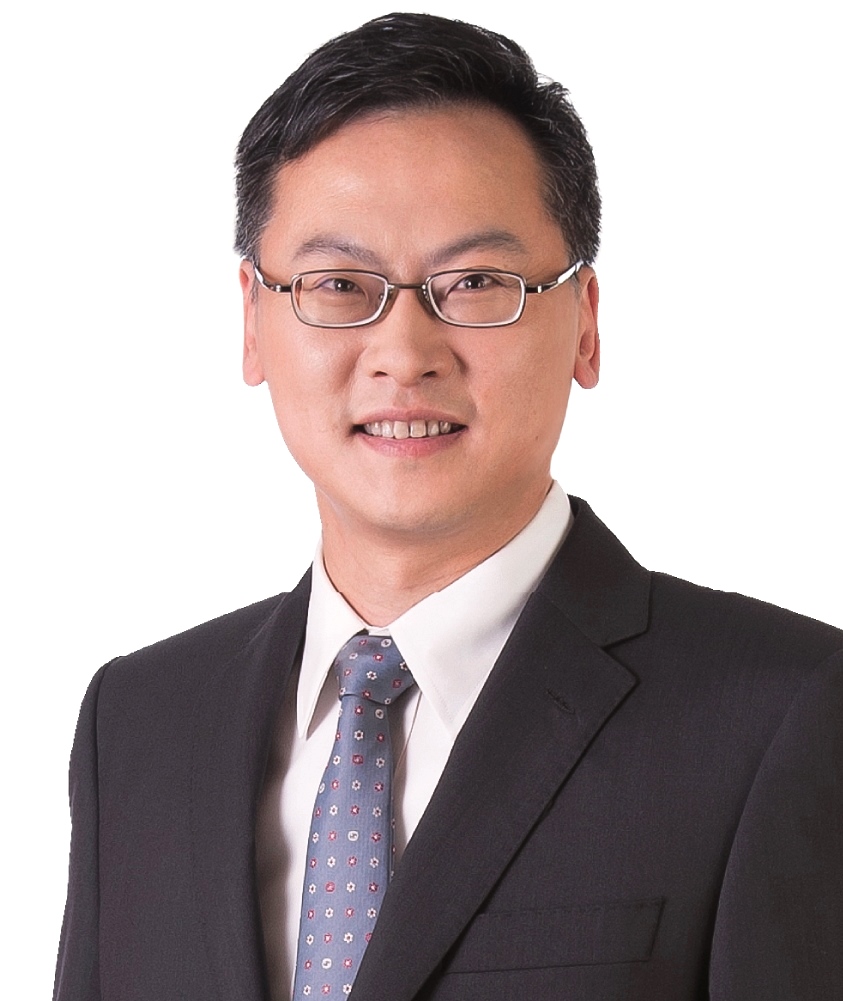 Age 51, Mr. Lin received a MSc in Management Sciences from the University of Southampton and a BSc in Economics and Statistics from Coventry University. He is a Fellow of the Institute of Chartered Accountants in England and Wales, Hong Kong Institute of Certified Public Accountants and the Association of Chartered Certified Accountants. Mr. Lin joined First Pacific in 1998 from KPMG where he was a Tax Manager. Prior to his appointment as Executive Vice President, Group Treasury and Tax in April 2019, Mr. Lin was Deputy Treasurer and Vice President of Group Tax. Age 44, Mr. Yang received a Bachelor of Science degree in Economics from the Wharton School of the University of Pennsylvania. He oversees First Pacific’s corporate development activities including mergers and acquisitions, joint ventures, strategic partnerships, and other group strategic initiatives. Prior to joining First Pacific, Mr. Yang worked at Deutsche Bank where he led investment banking coverage in Asia for the industrials sector. He also previously served as director of Deutsche Bank’s mergers and acquisitions department where he advised clients on mergers and acquisitions, divestitures and leveraged investments across Asia and the United States. Mr. Yang began his career in New York gaining transaction experience in principal investing and investment banking, and he transferred to Hong Kong in 2007. He joined First Pacific in 2013 and is currently a Director of PacificLight Power Pte. Ltd. 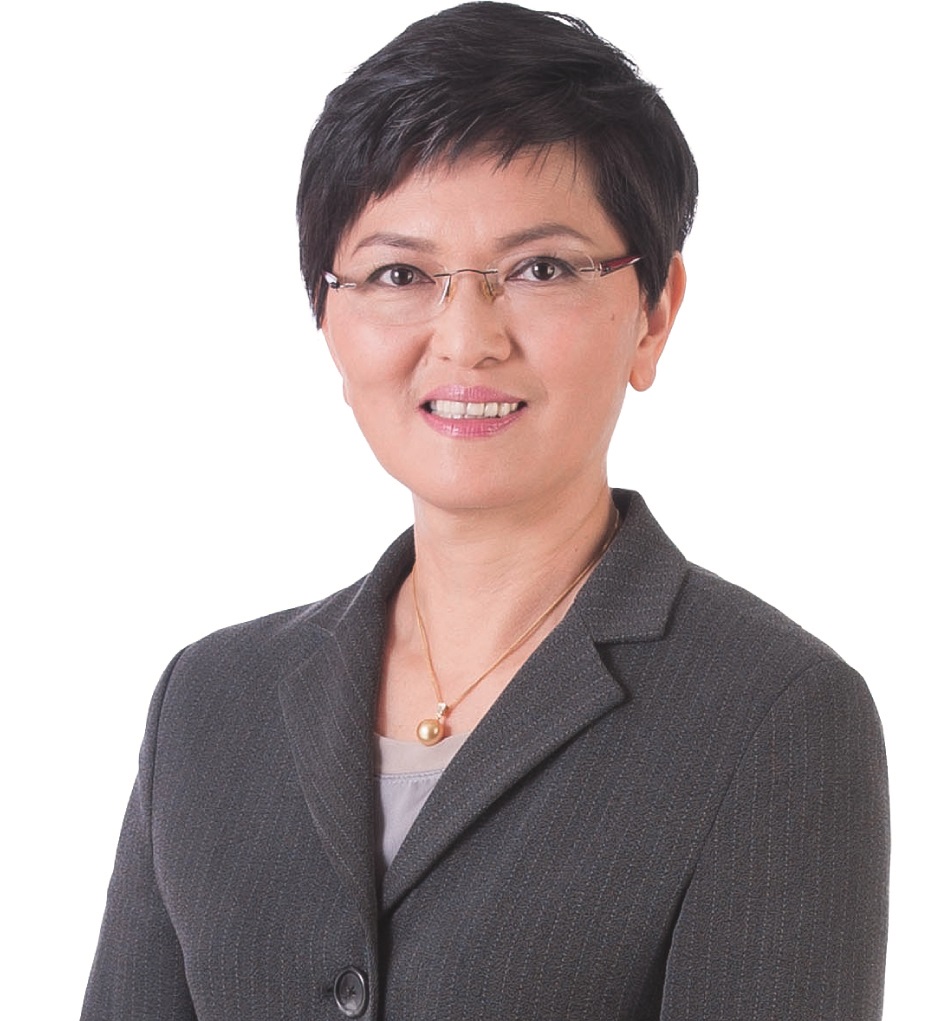 Age 57, Ms. Cheung received a BA in Business Economics from the University of California, Los Angeles and an MBA from Southern Illinois University, Carbondale. She is a member of the Hong Kong Investor Relations Association. She joined First Pacific in 1997 from the Public Affairs department of Wharf Limited and Wheelock and Company. 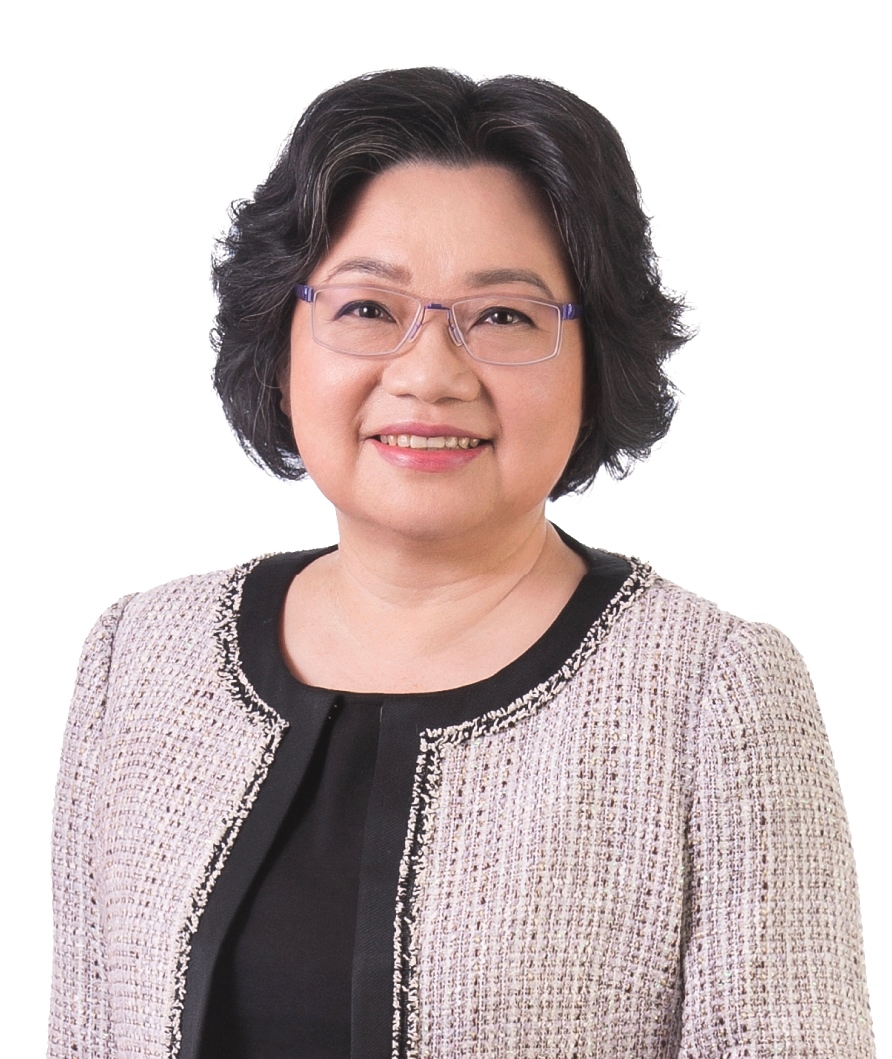